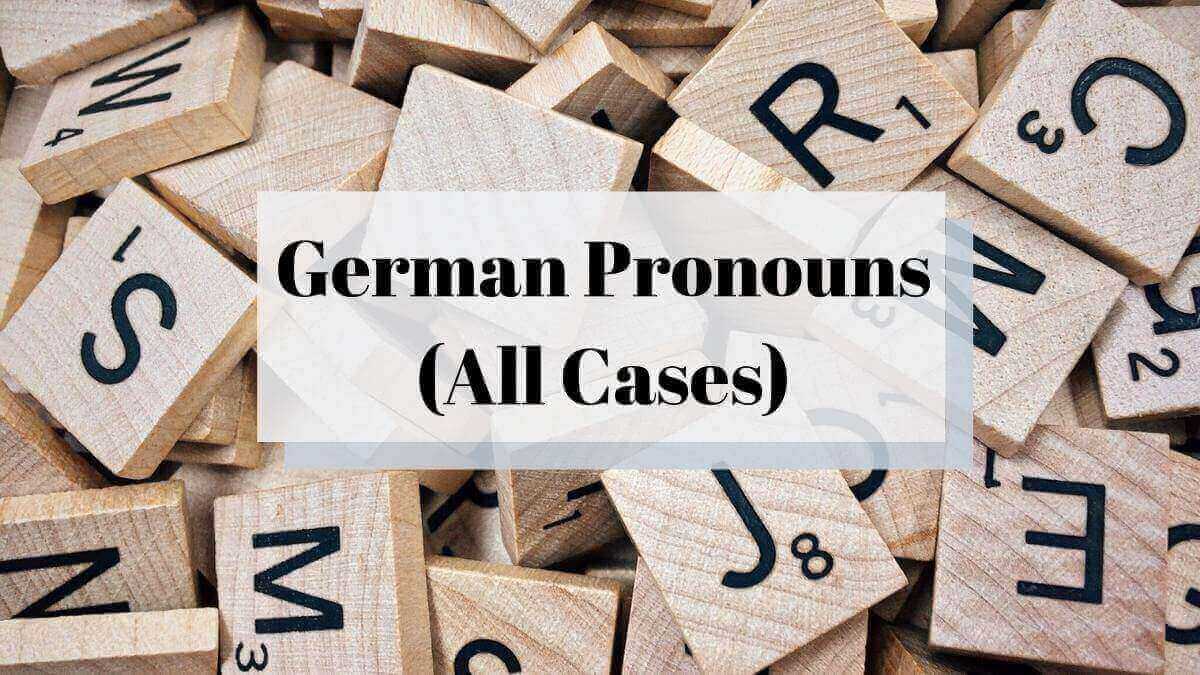 Just like English, even German pronouns are the building blocks of a sentence. Pronouns are called as Pronomen in German. They are a little more complicated than English pronouns.

No need to worry though! We have it all covered for you in this lesson. Just memorize the tables below and you are good to go!

What is a Pronoun?

A pronoun is a word which is used instead of a noun. The logic is simple- it does not seem appropriate to use the same particular noun repeatedly. Pronouns help to make the flow of a sentence better. For example, Peter bought a new house and he loves it. In this sentence, he refers to Peter and it refers to the new house.

Some common English pronouns are he, she, I, you, me, it, we, they, myself, yourself etc. Apart from gender and number, they also change depending on the case. For example, I gave him the book. Here, he changes to him, which is the indirect object.

Now let’s learn these 3 types of German Pronouns in every form.

We use personal pronouns to replace nouns. A noun can be a specific person, place or thing. These pronouns are used when we want to talk about the previously mentioned nouns. They are also used to talk about ourselves as well as address people.

Study the table below to learn more about personal pronouns:-

The genitive forms of personal pronouns are never used. They have been replaced by ‘possessive pronouns’.

Possessive pronouns are used when we want to indicate that something belongs to someone. In short, these pronouns indicate possession. They are as follows:-

Possessive pronouns usually come before nouns. Hence, they are also known as possessive articles. Similar to the normal articles, even these pronouns take different endings depending on the gender, number and case. For example, let’s take the pronoun dein. Its declension is as follows:-

Study the table below to learn more about reflexive pronouns:-

Do you want to practice what you learned in this lesson? Click here and take the quiz to test your knowledge of German Pronouns.

If you enjoyed learning this lesson, also check out the topic German Verbs on your favorite blog “All About Deutsch”.

Want to learn more about different types of German Pronouns? Go through this chapter on FluentU.

Master the Nominative Case in German in under 2 Hours