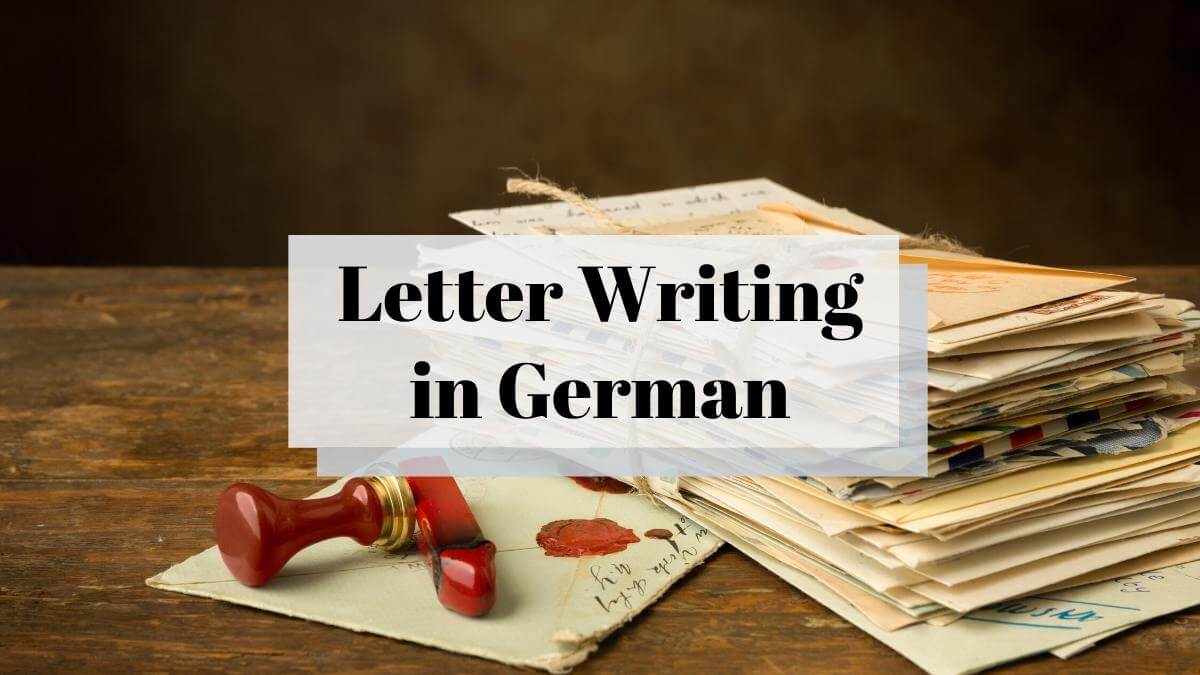 Memorize the format for letter writing in German

We are repeating the format here in this part too, as it makes it easy to remember it visually. The main elements of a letter are the place, date, salutation, text segment, closing lines, closing and the signature. Although the format for both is same, different salutations and closings are used for formal and informal letter writing in German. We will explain more about it shortly.

In the example below, a person from Poland is visiting his friend in Dresden. He wants to know details about museums and hotels since he will be there for 4 days. He also needs the hotel to be near the station for convenience.

How to Write an Informal Letter in German

Salutation translates to “die Anrede” in German. A salutation is a greeting used in a letter.

This is the most common salutation in informal letter writing in German. It translates to dear. We have used this example in the letter above. Liebe is used while writing to females. Learn the accusative case to know the reason behind the same.

This is the most common salutation in informal letter writing in German. It translates to dear. Lieber is used while writing to males. Learn the accusative case to know the reason behind the same.

Another common salutation while writing informal letters is “hallo”. It translates to hello.

This is not really a tip, but a note. Did you observe in the above example how we started the letter with “ich möchte im August Dresden besuchen” but not “Ich möchte im August Dresden besuchen“? The reason is that our sentence actually starts with “Liebe oder Lieber … ,”. Post the comma, we should start the words with small letters and not capital letters. Hence we use ich, but not Ich.

Use the “du” form

Unlike formal letters where the “Sie” form is used, make use of the “du” form of pronouns while writing informal letters – du, dich, dir.

Closing and Signature Segment – How to end informal German letters

“Liebe Grüße” translates to lots of love. It is commonly used in informal letters.

To give your best wishes, “Beste Wünsche” can be used.

“Dein” means your and can be used before a male name. Example: Dein Marko.

“Deine” means your and can be used before a female name. Example: Deine Monika.

Only write on the front of the envelope.

Stamps or other forms of franking, top right.

This was all about informal letter writing in German. Keep coming back to our blog for more. Check out our Instagram for more updates.

Tell the Time in German – 24 Hour Clock + An Easy Quiz