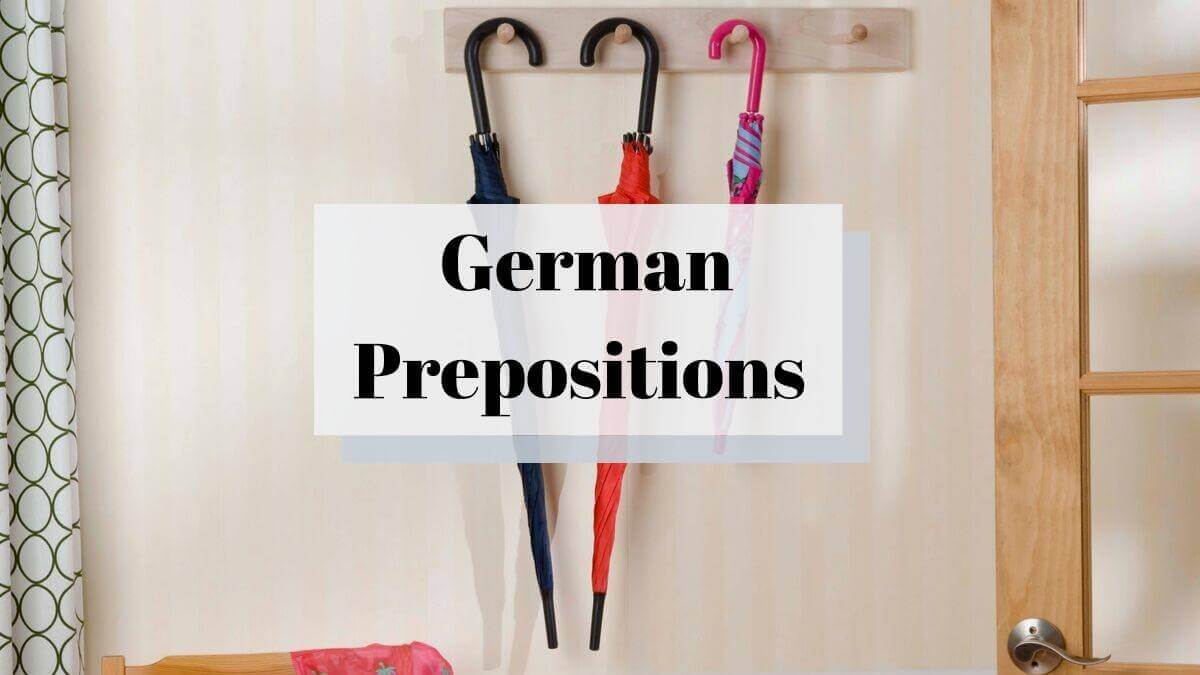 Have you tried communicating in English without prepositions? Next to impossible, isn’t it? German prepositions too play a vital role in building German sentences. A preposition is a word that connects a noun or pronoun to the sentence.

Not knowing which preposition to use can be quite frustrating. Learning German prepositions was a real struggle for us too, when we were beginners. You are at the right place if you are looking for an easier way to remember these prepositions!

You might think that if you know which English preposition to use in a sentence, then you can simply translate it in German. Sadly, it’s not that easy. Let’s consider a sentence, both in English and German.

As you can see, it is not possible to translate prepositions exactly every time. German prepositions are called as Präpositionen. They are more difficult because of the German case system. The 4 cases in German language are Nominative, Accusative, Dative and Genitive.

German Prepositions in the Accusative

To avoid confusion, remember it this way- Entlang always follows the object. So, the object is in accusative case.

German Prepositions in the Dative

The nouns and pronouns following these prepositions will always be in the dative case. Here’s a list of dative prepositions for you to memorize:-

The nouns and pronouns following these prepositions will either be in the accusative case or the dative case. How will you know which case to use? The answer is simple.

Here’s a list of two-way prepositions for you to memorize:-

Native German speakers normally combine the preposition and the following article together to form one word. It’s like English “can’t” and “don’t”. We rarely say “cannot” and “do not”.

Similarly, in German, we can combine in and das to form ins. Here’s a list of commonly used contractions:-

There are a lot of verbs in German that always take specific prepositions. It is really important to learn these verb-preposition combinations. Here’s a list of 15 common verbs for you:-

Learn the verbs with their prepositions and cases. This is the easiest way to avoid confusion.

Do you want to practice what you learned in this lesson? Take this quiz to test your knowledge of German Prepositions.

If you enjoyed learning this lesson, also check out the topic Adjective Endings in German on your favorite blog “All About Deutsch”.

Want to learn more about German prepositions? Have a look at this article on Study.com.