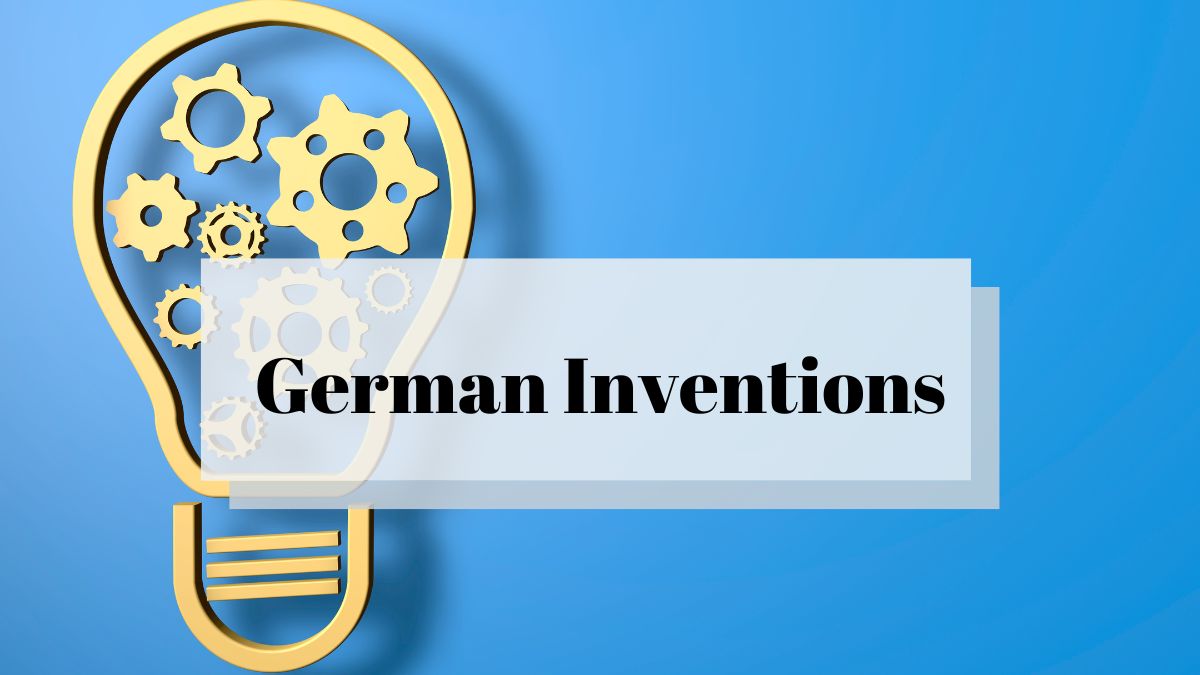 Germany has been the homeland of many well-known inventors like Karl Benz, Albert Einstein, Paul Nipkow and many more. Have you ever wondered which things were invented in Germany or by the Germans? In this article, we will introduce you to 6 amazing German inventions and discoveries.

Some of the important and famous German inventions that changed the world were Diesel Engine, Printing Press and Radar System. Did you know that the world’s first fully digital computer was created by a German scientist? One of the favourite drinks – Beer was also invented by a German.

Here are a few German Inventions and Discoveries

Aspirin was invented by Felix Hoffmann in 1897. It was one of the first remedies with limited side effects. The young chemist got the idea of combining salicylic acid with acetic acid which resulted in acetylsalicylic acid. ASA is the active ingredient of Aspirin and is easier to digest in comparison to the older medicines. On 6th March 1899, the German company Bayer patented Aspirin.

In olden times when printers and printing were not invented, books would still have to be handwritten. Making copies of books was a time-consuming and laborious process. Johannes Gutenberg had the idea of having a series of easy-to-set characters cast in brass and used again and again. They could be reconfigured to create endless pages. Johannes Gutenberg was the craftsman and printer who invented the first printing press with movable type in 1450 and revolutionized printing.

On 29th January 1886, Karl Benz applied for a patent for his three-wheeled Motor Car, known as the Motorwagen. The world’s first car had three wheels. It reached a top speed of 16 km/hr. On 29th January 1886, Benz was granted a patent for his automobile. He began the production of automobiles in 1888. In 1889, Gottlieb Daimler and Wilhelm Maybach designed a vehicle from scratch to be an automobile, rather than a horse-drawn carriage fitted with an engine.

Z3, the first functional computer was presented on 12th May 1941 by the German inventor Konrad Zuse. It could only do the basic computations like multiplications, division, square roots and could only store 64 characters. It was the first programmable computer in the world that worked with the binary number system. The machine later kept developing to what we see today.

The German physicist Wilhelm Konrad Röntgen discovered X-rays in 1895. He was a professor at the Würzburg University in Germany. X-rays made bones visible and the invention thus helped drastically in medical science.

Röntgen uncovered that a screen coated with a fluorescent material placed outside a discharge tube would glow even when it was shielded from the direct visible and UV light of the gaseous discharge. An invisible radiation from the tube passed through the air and caused the screen to fluoresce. He was able to show that the radiation responsible for the fluorescence originated from the point where the electron beam struck the glass wall of the discharge tube. Opaque objects placed between the tube and the screen proved to be transparent to the new form of radiation.

Kindergarten was invented by Friedrich Fröbel, who was a German educational reformer. The word ‘kindergarten’ comes from the German language. Kinder means children and Garten means garden. Many countries have adopted this school format.

If you liked this article on German inventions, also check out our post on German Idioms here.

How to type German characters?